In 2011, the new coalition government introduced five-year, fixed term parliaments in legislation passed on 15 September.  This ended the incumbent’s advantage of being able to call a general election when it suited the government best as Margaret Thatcher did in 1983 or delaying it until the last minute as John Major did in 1997 and Gordon Brown in 2010. Let’s consider that we’ve had fixed-term parliaments for the last thirty years and what the possible outcomes of elections might have been. 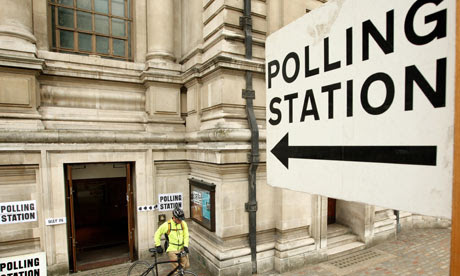 Would the Conservatives have won the election in 1980?  Probably yes, Callaghan’s government would have found it difficult to come back from the ‘winter of discontent’ and the widespread belief that ‘Labour isn’t working’.  Given the rifts within Labour and the outcome of the Falklands War, a Conservative victory in 1985 was likely but, given the increasing debacle over the community charge and the increasing unpopularity of Margaret Thatcher, the Conservatives lost in 1990.  With Labour under Neil Kinnock in power, the Conservatives elect Michael Heseltine as leader and he wins the 1995 election after a lack-lustre Labour government floundered.  With the economy improving in the late 1990s, the Conservatives win again in 2000.  Given that the modernisation of the Labour Party had begun while it was in office between 1990 and 1995, it is questionable whether Tony Blair would have risen to prominence in the party.  Either way, Labour wins the 2005 election but falls victim to the global financial crisis in 2010.

If we had four-year parliaments then the electoral history could have been very different.  The Conservatives again win in 1980 and 1984 and, as the community charge issue had yet to achieving toxic intensity, in 1988 as well.  With John Major as prime minister from 1990, he surprisingly wins in 1992.  With Tony Blair as Labour leader after 1994, Labour wins in 1996, 2000 and 2004.  Gordon Brown takes over as Prime Minister in 2007 and wins the election in 2008.  With his strong global leadership over the financial crisis, Gordon Brown gains in national influence and, though he does not win the 2012 election, Labour is the largest party and, with the support of the Liberal party, forms a coalition government.  David Cameron, leader of the Conservatives since 2006, falls on his sword and Boris Johnson takes over as Conservative leader.

Although these scenarios are speculative, they do suggest that there is a considerable difference between the possible outcomes of having either four of five year fixed parliaments.  The reason why, I assume, the decision was made to go for five year parliaments was because that was what already existed and had done since 1911.  In reality, five year parliaments and there have only been four since 1945—1945-50, 1959-1964, 1987-1992, 2005-2010—are far from the norm in British politics, four year parliaments are.  Whether, as some have suggested, it means that the final year of a five-year government is a zombie parliament is questionable but it is clear that in the final year of the government, the prospect of an extended general election campaign is almost self-evident.  This might be less the case with four-year parliaments when the incumbent government will presumably still have aspects of its programme to complete.