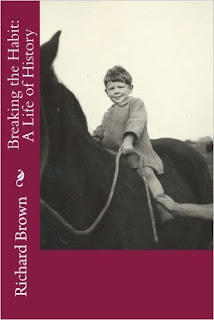 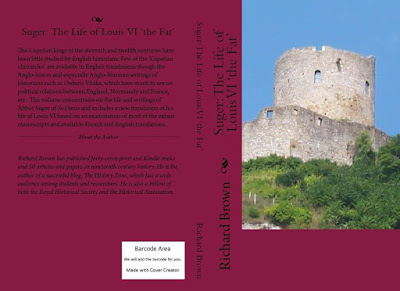 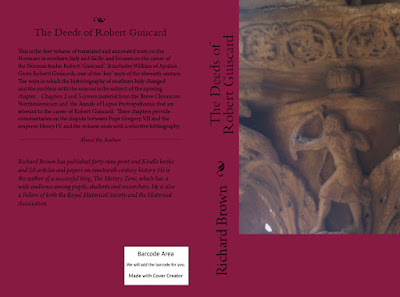 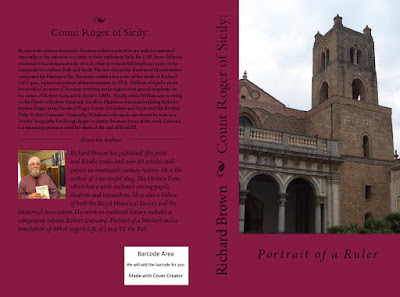 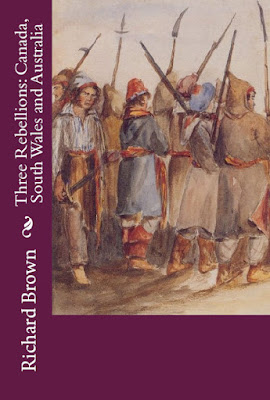 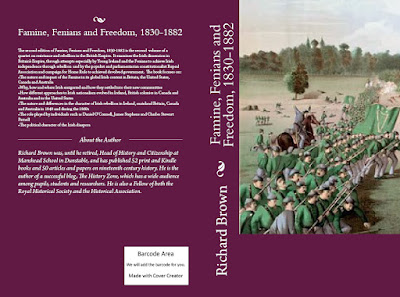 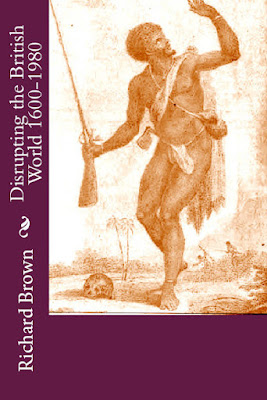 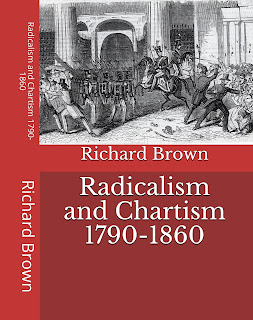 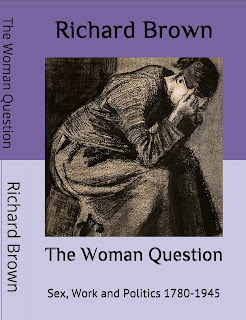 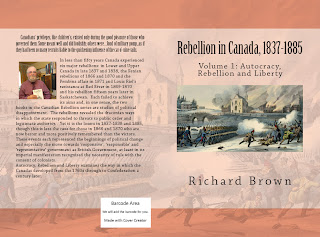 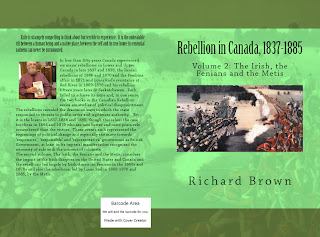 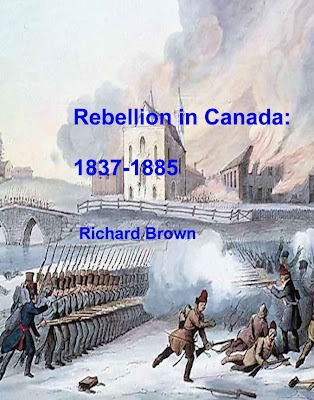 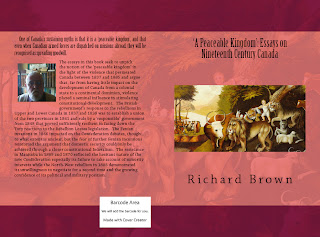 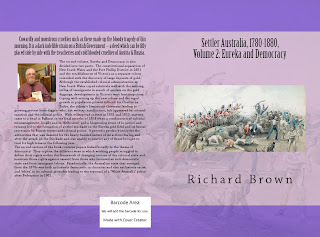 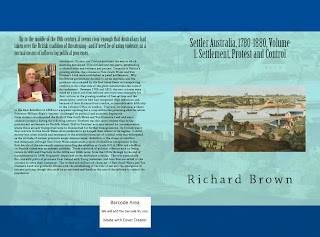 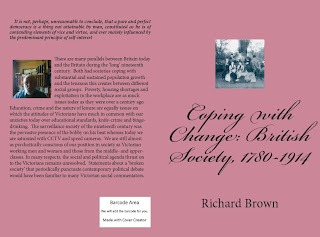 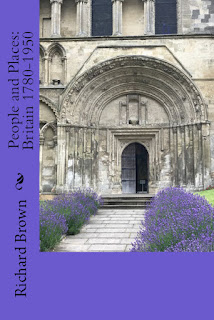 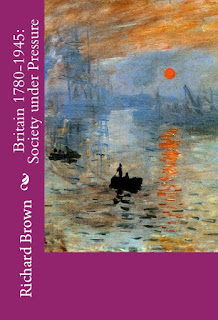 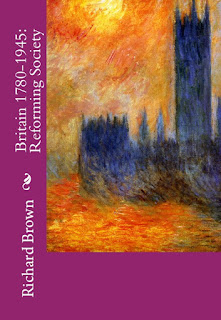 Struggling to find Resistance and Rebellion in the British Empire 1600-1980. Any suggestions would be greatly appreciated.

It's a bit of a pain but Amazon UK has the book on its site but unavailable. Your best bet is to email Susan England at Clio Publishing clioclio@outlook.com and specifying your requirements. You can also message Clio Publishing on their Facebook.

Your blogs give such a clear framework -thank you! Can I ask you to advise me? I need to look at middle class description and critique of the habits and condition of the poor eg friendly visitors. I want to compare 19th c moralisation with today's. But I can't find any primary sources. Can you help? Many thanks - and for your blogs, Sue

You will find the Poor Law Report 1834 a good starting-point for the 'official' view of the poor, though it is a highly selective source. For the 1850s see Mayhew, Henry, London Labour and the London Poor, 4 Vols. (Griffin, Bohn, and Company), 1861-1862, and Thompson, E. P., and Yeo, E., (eds.), The Unknown Mayhew: Selections from the Morning Chronicle 1849-50, (Penguin), 1971, provide evidence for the 1850s and should be used in conjunction with Mayhew, Henry, The Morning Chronicle Survey of Labour and the Poor, 1849-50, 6 Vols. (Caliban), 1980. Humpherys, Anne, Travels into the Poor Man’s Country: The Work of Henry Mayhew, (University of Georgia Press), 1977, is a valuable study. For the 1880s and 1890s, Booth, Charles, Life and Labour of the People in London, 17 Vols. (Macmillan), 1889-1903. Norman-Butler, Belinda, Victorian Aspirations: the Life and Labour of Charles and Mary Booth, (Allen and Unwin), 1972, and Simey, T. S., and M. B., Charles Booth: Social Scientist, (Liverpool University Press), 1960, are sound biographies and Fried, A., and Elman, R., (eds.), Charles Booth’s London: a Portrait of the Poor at the Turn of the Century. Drawn from His ‘Life and Labour of the People in London’, (Harmondsworth), 1969, a useful collection of sources. O’Day, Rosemary, and Englander, David, Mr Charles Booth’s Inquiry: Life and Labour of the People in London Reconsidered, (Hambledon), 1993, Gillie, Alan, ‘Identifying the poor in the 1870s and 1880s’, Economic History Review, Vol. 61, (2008), pp. 302-325, and Spicker, P., ‘Charles Booth: the examination of poverty’, Social Policy and Administration, Vol. 24, (1990), pp. 21-38, examine Booth’s ideas. Rowntree, Seebohm, Poverty: a study of town life, (Macmillan), 1899, 2nd edition, (Macmillan), 1901. On Rowntree see, Bradshaw, Jonathan, and Sainsbury, Roy, (eds.), Getting the measure of poverty: the early legacy of Seebohm Rowntree, (Ashgate), 2000, and Briggs, Asa, Social Thought and Social Action: A study of the work of Seebohm Rowntree, 1871-1954, (Longman), 1961. On the state and morality, the best starting point is Walkowitz, Judith, Prostitution and Victorian Society: Women, Class and the State, (Cambridge University Press), 1980, and MacHugh, Paul, Prostitution and Victorian Social Reform, (Croom Helm), 1980, deal specifically with the debate on the Contagious Diseases Acts. Bartley, Paula, Prostitution: prevention and reform in England, 1860-1914, (Routledge), 2000, and ibid, Mort, Frank, Dangerous Sexualities: Medico-moral politics in England since 1830, pp. 54-73 provide valuable background. Fisher, Trevor, Prostitution and the Victorians, (Alan Sutton), 1997 is a useful collection of sources. See also,Roberts, M. J. D., Making English morals: voluntary association and moral reform in England, 1787-1886, (Cambridge University Press), 2004 and Hunt, Alan, Governing morals: a social history of moral regulation, (Cambridge University Press), 1999. I hope this helps.

If I can be of any further help, let me know.

Hi Richard, Besides the obvious answers for providing the masses with elementary education, are their any further reasons. I've read that Forster's goal was to create a legacy so that all British subjects would behave and not revolt like those on the Continent in 1848. I know that keeping society safe and secure were important points and an attempt at reducing crime and pauperism were considerations but are their any other substantive reasons for the passage of Education Act in 1870? Is their any literature that concerns the moral duty Forster felt the government should utilize to further education?
Thank You David

Hello David
The argument that Forster sought social and political stability is an important one and undoubtedly, since 1833, this had been an important motive for growing state intervention in elementary education. The same applies to questions of crime and pauperism: an educated individual was, it was believed, less likely to turn to crime or require poor relief. The Liberals as the 'party of conscience' certainly regarded the Act as an expression of the 'moral good' but this was linked to a pragmatic recognition that an educated working-class, some of whom had received the vote in 1867, was important in ensuring that they made the 'right' political judgements in elections and that they were able to resist the radical of potential demagogues: a case of morality and political expediency coinciding.

I hope this helps.

I recently came across your blog and just wanted to thank you so much for this great resource. I'm a Millennial and I run an independent YouTube channel on sex and gender issues. I've done a few videos on the early suffrage movements and anti-suffrage movements and I'm especially interested in the historical context for emerging gender roles at that time. I'm working on a few more videos and feel that you could be a great resource to ask some particular questions for my research. Do you by any chance accept email correspondence? I couldn't find any direct contact info for you.

Either way, thank you so much for compiling all this great work.
Best, Vanessa

Hi Richard
I am currently writing a book on Norfolk Island and I am seeking your approval to use the portion you have on Norfolk Island: Rebellion in 1834, dated Thursday , 11 September 2014 on the Looking at History blog.

No problem at all Carla...sorry for not getting back quicker.

Nice piece on the roots of the settlements and settling the Eastern Townships. I did find a blurring of naming Townships vs Cantons, county vs comté, as well as a few French words appearing in an English sentence or statement. Not a problem! In Quebec there is always an odd blend of the two languages which comes across as 'Franglais'. For further sources and discussion, have a look at << https://l.facebook.com/l.php?u=https%3A%2F%2Fhssh.journals.yorku.ca%2Findex.php%2Fhssh%2Farticle%2Fdownload%2F38779%2F35179%2F46407%3Ffbclid%3DIwAR2fFisgxRIlPmoqFBPEgizMxtKUXBRfBCWpKXmImQtv2ykYi4ugAOjEBFs&h=AT3ckm9ODJ5PiIUTs0z4aFExdLMYar4-AGGaveeY3ijehSrbeP55I30TKI_q2DZ9WVKMW2LLSSBsF9dnUAVfYSg7qt6fyCOGb9gehW-aQHPqnPEG9_WGmDCMZNGaA2kwyQ&__tn__=H-R&c[0]=AT3sO1SyaWI8h6-Py4IbvaaiY8X3TcOBZtPX_RS8WBo3N916JwQ4atOvQ4nk3HF0wXJ_FuARPeOefEcqWISUy6lVMO38ONNMhFYqFFVyHdVnHZPSKYlB090bORMuZZIT1Qe564kvUZc1WIrqp2L7neLB_1yCT8dORss >> and sorry for this link in Facebook, it doesn't have another source listed.