Back to the Future

There are two reports in today’s press that suggest British politics is going through a retrospective.  Jeremy Corbyn says that Labour could restore its historical commitment to public ownership of industry—the old Clause IV of its constitution that many thought had been consigned to the dustbin of history when Tony Blair scrapped it in 1995.  Scotland is to ban the growing of genetically modified crops, Richard Lochhead, its Rural Affairs Secretary had announced.  Or rather he is to request that Scotland be excluded from any European consents for the cultivation of GM crops.  Under EU rules, GM crops must be formally authorised before they can be cultivated.  An amendment came into force earlier this year which allows member states and devolved administrations to restrict or ban the cultivation of genetically modified organisms within their territory. 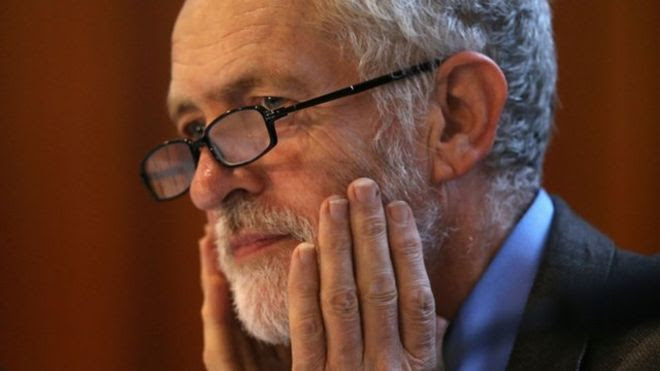 In many respects, both moves reflect a denial of developments in the last three decades, an attempt to put the genie back into the bottle.  The Scottish decision appears to be based on ‘keeping Scotland Green’.  Richard Lochhead said:

There is no evidence of significant demand for GM products by Scottish consumers and I am concerned that allowing GM crops to be grown in Scotland would damage our clean and green brand, thereby gambling with the future of our £14bn food and drink sector.  Scottish food and drink is valued at home and abroad for its natural, high quality which often attracts a premium price, and I have heard directly from food and drink producers in other countries that are ditching GM because of a consumer backlash.

Is there a ‘consumer backlash’ in Scotland?  Well as far as I can tell from press reports, no there isn’t.  So it’s an ideological decision, justified by reference to economic necessity, rather than a judgement based on the science and a denial of the view expressed by Huw Jones, professor of molecular genetics at agricultural science group Rothamsted Research, that GM crops approved by the EU were ‘safe for humans, animals and the environment.’

Jeremy Corbyn is right  when he says that the Labour Party needs a new statement of objectives..its confused message played a major part in its defeats in 2010 and 2015…but it is doubtful whether it could win the 2020 election or even 2025 with a socialist agenda.  While this may have an appeal to the hundreds of new applicants to the Labour Party and to those left-wing activists who have long wished to restore purity to the Party with the destruction of what has been called the Blairite ‘virus’, there is little evidence that it’s an election winner. Those of us who experienced the railways and utilities—where public investment was insufficient and  badly spent—would not wish to see them returned to the public sector. It will certainly establish clear blue-water between Conservatives and Labour but at a cost.  For many in the centre and right of the Labour Party it would be unacceptable, a move away from the centre ground that they believe is essential to winning elections. The result will be a divided party with infighting reminiscent of the 1980s.  It  may well contribute to a revival of the Liberal Democrats as disgruntled Labour voters seek and non-Conservative alternative.  For the Conservatives it really would be political manna from heaven…there’s nothing like having an ineffective opposition when your majority is wafer-thin.

It seems to me that we have lost our historical perspective on politics…presentism is all that seems to matter.  In a whole range of areas from the EU referendum through to questions of public ownership and GM foods, we appear to think that the solution to our problems necessitates going back to move forward.  The problem with this approach is that it’s very easy to get stuck in the past.  We all know that turning a clock back damages its internal workings, some politicians do not appear to have grasped this.