How did people spend their leisure time? Leisure time can be seen as free time, time in which the individual is relieved from the pressures of work and other obligations, the choice of how to spend leisure time can be seen as distinctly personal. However, some would argue that to some extent it is not a personal choice and so is not in any positive sense leisure, but merely adherence to social custom or obligation. Choice is constrained by material circumstances and by the availability of facilities, but within those constraints on this argument, there is nothing to stop the chimney sweep fox-hunting or the peer attending the music hall. It is the beauty of leisure that it enabled individuals to escape from the pressures that otherwise circumscribed their lives.

This idealist approach to the study of leisure may recommend itself to philosophers, but to historians it has rarely seemed to accord with reality. Many have suggested that the key analytical tool for the study of leisure is the distinction between the rough and respectable. The implication of this distinction is that the respectable of all classes had more in common with each other than they did with the rough members of their own class. This distinction is, as we have already seen, is a simplistic one and may beg more questions than it answers. With some activities, of course, there is no difficulty but with many other activities, going to the theatre for example, there may be some disagreement about whether it is rough or respectable. The rough/respectable division is in fact an extraordinarily crude tool for the description of social reality; the fact that contemporaries made the distinction is, of course, of interest, but in adopting it themselves historians have confused the history of moral fears with the history of lived experience.

Gustave Dore, The Epsom Derby- Arrival of the Well-to-Do

The latter can best be approached through a culturalist analysis. Leisure activities did not float freely above the world of work and daily life; on the contrary, they were intimately related to and derived from that world. Boundaries of class, of gender, of age and of geography were therefore likely to be reproduced in leisure. Leisure activities may themselves have reinforced or shifted those boundaries and not merely passively reflected them. The issue, therefore, is not one of leisure per se but of different leisure cultures that were not hermetically sealed against each other but overlapped and influenced each other. Nor were any of these cultures ever static; they were constantly changing, both in themselves and in relation to other cultures.

The phrase ‘the leisured or leisure classes’ can be traced back to the 1840s and may well have existed earlier. In 1868, Anthony Trollope was confident that England possessed:

...the largest and wealthiest leisure class that any country, ancient or modern, ever boasted. [1]

At the end of the century Thorstein Veblen subjected them to the most trenchant analysis they would ever received in his 1899 The Theory of the Leisure Class.[2] He argued:

The fundamental reason for the development of a leisure class was that only in conspicuous leisure and in conspicuous consumption could the wealthy achieve the status they sought. [3]

The critical word here is ‘conspicuous’. Leisure for the leisure class was not something carried on in private; its function, to establish status, demanded that it be seen both by fellow members of the class and by an envious or admiring excluded public. Since the function of that display was so fundamental to its social position, it is difficult to determine whether there was any separation of work and leisure within the class. Since by definition, though with some qualifications that will come later, they did not work in any sense in which the rest of the population would understand work, it followed that their duties and obligations in life lay in a highly ritualised leisure whose demands they often bemoaned.

The leisure class existed at the level of the nation and of the provinces. At the national level it could be most readily observed in the London Season and until the 1880s, this was as much a political as a social occasion. In the circumscribed political world of the nineteenth century the numbers involved were relatively small, perhaps 500 families compared to the 4,000 families who participated in the more purely social London Season of the late nineteenth century. Until then entry to London ‘Society’ was carefully guarded and its social functions were mostly private. Thereafter, it became easier to but one’s way into ‘Society’. [4] This reflected a change in the nature of the leisure class. It became less easy to identify a class whose members manifestly did not work; by contrast, public attention began to focus on the plutocracy whose male members worked, but so successfully that they could spend their fortunes in their leisure. The London Season formed one clearly demarcated phase in the annual life of the leisure class; the remainder of the year was centred on the country houses in a mixture of activities some of which were thoroughly exclusive while others entailed a carefully calculated patronage of more popular occasions. [5] Shooting was the most exclusive of sports while foxhunting was, in ideology at least, open to peer and peasant. In the late nineteenth century, as in London Society, the plutocracy began to supplant the aristocracy as its leaders.

From the mid-eighteenth century the London Season had its provincial counterparts. There existed in the larger provincial towns, perhaps particularly in southern England the ‘urban gentry’ who in a modest way provided the lower echelons of the leisure class. After 1830, such people living on income from capital tended to gravitate towards the spas and more select seaside resorts. They were disproportionately female and old. In contrast to the national leisure class, there was neither firm structure to their year nor any flamboyance in their leisure. They maintained their status by careful observance of the formalities that helped to distinguish them from those who had to work for a living. In the later nineteenth century a new category, the retired, began to fuse with this older, modest, provincial leisure class, to form a substantial proportion of the population of the southern and coastal towns in which they congregated. 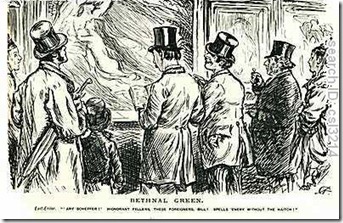 Such people had little in common with the national leisure class, and it may be questioned whether they should be included within the leisure class at all. It was luxury and its overt enjoyment, not modest affluence, which characterised the leisure class in its higher reaches. One mark of that luxury was the role accorded to women. Within the leisure class it was always legitimate for a man to have certain duties that were scarcely distinguishable from work, like running an estate. Indeed by 1870, it became possible for them to be more obviously part of the world of work and most obviously in the City of London. Women, however, apart from duties as hostesses, had to be kept rigidly separate from any money-making activity. Other social classes might emulate or aspire to the luxury of the leisure class. Even as far down the social ladder as the upper working-class, it was a mark of status that a woman should have no employment; clearly, however, such women did not fall within the leisure class. What could not be prevented was the copying of the manners and dress of the leisure class by those without the means to sustain the life-style.

[4] On this see Pullar, Philippa, Gilded Butterflies: The Rise and Fall of the London Season, (Hamish Hamilton), 1978, and Davidoff, L., The Best Circles: Society, Etiquette and the Season, (Taylor & Francis), 1973.

[5] Mandler, Peter, The fall and rise of the stately home, (Yale University Press), 1997, Sykes, Christopher Simon, The big house: the story of a country house and its family, (HarperCollins), 2004, Gardiner, Juliet, The Edwardian country house, (Channel 4 Books), 2002, and Wilson, Richard, and Mackley, Alan, Creating paradise: the building of the English country house 1660-1880, (Hambledon), 2000.