A thousand words: a continuing crisis

If a picture is worth a thousand words then the enduring image of the week has to be that of the body of the three year old Alan Kurdi—his mother Rehan and Galip his brother also drowned—being carried from the beach gently by a local policeman.  As is often the case, the death of thousands is a statistic while the death of an individual a tragedy and it often takes something like this to prick the conscience of the nation.  I am reminded of the picture of the girl, her clothes burned off by napalm, in Vietnam in the late 60s and its impact on public opinion in the United States.

There were also three further issues of importance raised this week that have historical resonance.  We forget that, before the Nazi era, after the United States Germany was one of the most welcoming countries for immigrants.  For instance, it took in French Protestants and Jews and others from eastern Europe in large numbers.  Then we have the unwise and inflammatory words of the Hungarian prime minister about many of the migrants huddled round Budapest station being Muslims…immediate condemnation from the western countries of the EU.  They forget that Hungary was a buffer state between Christian and Muslim Europe from the mid-fifteenth century for over three hundred years and that its king and much of its aristocracy were killed in battle at Mohacs in 1526 in defence of the Church.  While the prime minister’s words may have been repugnant and morally unjustifiable to most people beyond Hungary’s borders, they reflected a sense of its past that is deeply engrained in the Hungarian psyche.  Finally, frequent comparisons have been made between the situation today with that at the end of the Second World War when two million people were displaced, something resolved in part by the Marshall Plan and massive investment from the United States.  What has been remarkable over the last few weeks has been the almost complete silence of the United States’ government on the migration crisis…no comments, no offers of help…absolutely nothing. 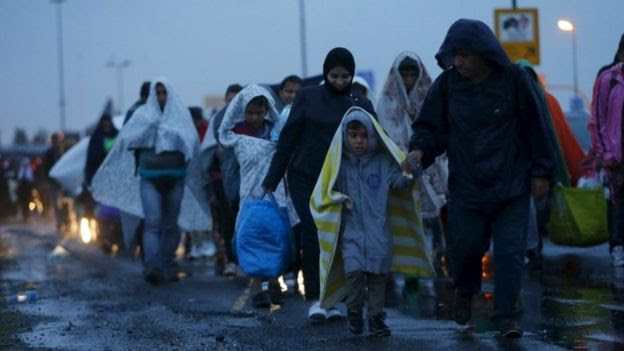 Politically this week has seen a deepening of the crisis within the EU.  ‘Free movement’ is one of the guiding principles of the EU. It is now self-evident that the Schengen system has, if not collapsed, is not really functioning at all and it seems highly likely that border controls will be re-introduced with time-consuming and costly effect on the free movement of goods and services.  There are also increasing concerns about how this will impact on the free movement of labour.  The notion that the EU is a community is also threatened over the question of EU quotas for asylum seekers.  Hungary, the Czech Republic, Slovakia and Poland have rejected any quota system creating an intense division between the eastern and western halves of the EU.  Hungarian Prime Minister Viktor Orban has said the surge in arrivals was ‘Germany's problem’, since that was where most people wanted to go.But Chancellor Merkel has called for refugees to be fairly divided among EU members. 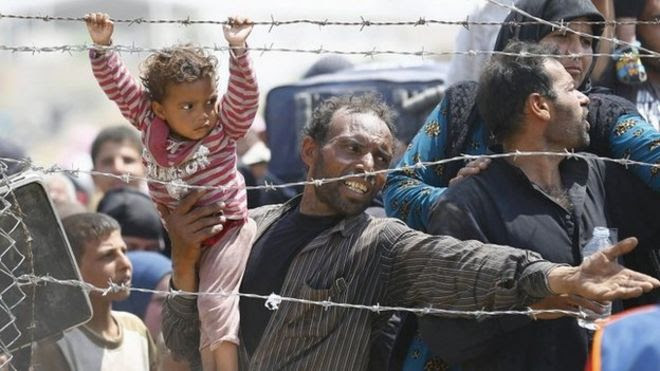 Growing pressure in the UK with a petition calling for Britain to take on more refugees now has almost 400,000 signatures - four times the amount needed for the issue to be considered for debate by MPs, has led David Cameron to modify the government’s stance.  On Friday, during a visit to Portugal and Spain, he said the UK would act with ‘our head and our heart’ on a major expansion of the programme to resettle vulnerable refugees from the camps bordering Syria and that the scheme would avoid the need for the refugees to make hazardous attempts to cross the Mediterranean into Europe, which has seen thousands perish in recent months.  Meanwhile, International Development Secretary Justine Greening has dismissed the prospect of Britain joining a proposed EU plan to redistribute the 160,000 migrants already in Europe, arguing that it ‘simply fuels the people smuggling business’.  While this represents a speeding up rather than a shift in policy—4,980 Syrians have been granted asylum since 2011 and the UK is providing significant humanitarian aid to refugees in the countries surrounding Syria—it does little to address the current situation across Europe and is designed to appeal to a domestic audience.

So in practice, despite the pictures of death and despair, little has really changed in the last week…refugees are still moving towards Europe in considerable numbers, the EU seems incapable of finding any solution on which its member states can agree and public opinion is increasingly outraged by this.