Australia and Irish settlement: women and the Famine years

One of the biggest problems facing the guardians was how to cope with ‘the permanent dead-weight’, a phrase applied to those young people who were likely to remain in the workhouse for a long time. Normally designated orphans, many still had one, and sometimes both, parents still alive, but once they entered the workhouse they were regarded as the wards of the Poor Law guardians, to be disposed of as the guardians saw fit. The result was an Orphan Emigration Scheme.[1]

Early in 1848 the Colonial Office under Earl Grey began its carefully organised emigration of young females from Irish workhouses. Irish Poor Law Commissioners circularized the Boards of Guardians of Irish Poor Law Unions asking if there were any young women ‘between the ages of fourteen and eighteen’ in their workhouses willing and eligible for a passage to Australia. By May 1848, 68 unions had provided the Poor Law Commissioners with lists of children suitable for emigration. 4,175 female orphans and 967 males had been nominated. However, in order to prevent people from entering the workhouse for the sole purpose of obtaining assisted migration, the offer was limited to those who had previously been resident in the workhouse for at least one year. Young female orphans were considered the most suitable candidates for emigration to Australia. [2] They would help redress the gender imbalance and, in the long term, normalise the social composition of the populace. In the short term, they would fulfil the need for domestic servants. 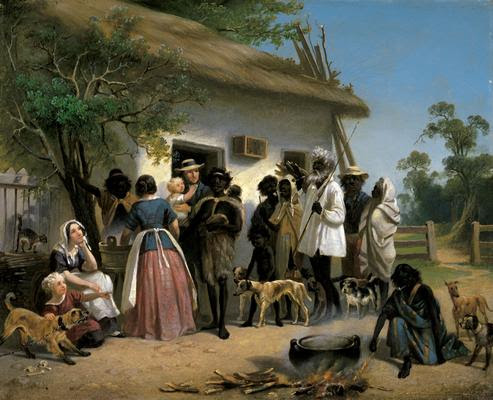 Medical examinations were arranged and the chosen young women were inspected on behalf of the Colonial Land and Emigration Commissioners in London by Lieutenant Henry, a semi-retired Royal Navy officer. In return the CLEC chartered ships to carry ‘our’ Irish famine orphans to Australia, arranged their berth, the food they ate and their supervision by a government appointed Surgeon Superintendent. The first vessels the Earl Grey and the Roman Emperor with young women chosen from workhouses in Ulster left Portsmouth in June and July 1848. Isabella McDougall, aged 16, sailed on the first orphan ship, landing at Sydney in 1848. Transferred to the Maitland depot, she found work as a nursery maid until she married ex-convict Edward Spicer in 1849 and had 13 children. Fifteen year old Mary Kenny sailed from Plymouth on the Lismoyne, landing at Sydney in November 1849. Both her parents were dead at the time she left County Kilkenny. Quick to find work in the colony, she married Hornby Lighthouse keeper Henry Johnson in 1852 and lived at South Head.

Gender balance was a defining characteristic of Irish migration to Australia throughout the nineteenth century and Irish women made a major contribution to Australian society.[3] About one third of convict women were Irish. For example, on 20 January 1849, Lord Auckland arrived at Hobart from Dublin with 211 female convicts. More than 1,000 young women came to Sydney and Hobart in the 1830s from Foundling Hospitals in Dublin and Cork. Approximately 18-19,000 Irish bounty and government assisted migrants arrived in Melbourne and Sydney between 1839 and 1842 of whom about half were female. In 1855-1856 over 4,000 single Irish women arrived in Adelaide. Such infusions of Irish female blood had a powerful influence on the development of colonial society. The ‘Earl Grey’ female orphans sit within that tradition. Most workhouse girls found positions within a few weeks and disappeared into colonial life. Others were sent to makeshift depots in outlying settlements, where servants and wives were in more demand. The difference is that these ‘orphans’ stand as symbolic refugees from Famine and came from among the genuinely destitute sections of Irish society.

Although the young girls from the workhouses were sent out to take up domestic service, very few had any experience of the work. This did not please the Australians: they had been led to believe they were getting proficient labour cheaply, not realising that the profession ascribed to each girl was what the guardians considered her fit for, and not for any previously acquired skill. This led to problems and the Irish orphan ‘girls’ were soon maligned in the Australian metropolitan press as immoral dregs of the workhouse, ignorant of the skills required of domestic servants. Although all the workhouse girls from the first three ships to arrive in Australia had been hired almost as soon as they came ashore, a report to the Children’s Apprenticeship Board claimed that in Adelaide in 1849 ‘there are 21 of the Irish Orphans upon the Streets’ and ‘indeed there appears to be a greater number of orphans than any other class of females’.[4] While some of the ‘girls’ were neither as young nor as innocent as was inferred, it was also the case that many of the employers came from humble backgrounds themselves and often had no idea of how to treat or train a servant. Nor did the training the girls received in the workhouse prove useful in a domestic setting. When the immigrant girl failed to provide the level of service expected, she was frequently returned to the depot, or turned out of doors and left to her own devices. Having no other means of support, some of the discarded servants turned to prostitution. As protests grew more vocal, and as the famine in Ireland appeared to have abated, the British Government agreed to the scheme being terminated. The final group of Irish workhouse orphans left for Australia in April 1850. Altogether, 4,175 girls were sent overseas during this period; 2,253 to Sydney, 1,255 to Port Phillip, 606 to Adelaide and the remaining 61 went to the Cape of Good Hope.

Colonial government sanctioned free immigration to Australia at the end of the 1820s, having relied on British convict labour until labour supply constraints made it difficult to exploit the European boom for wool exports, created in part by declining transport costs between pastoral source and industrial market. About half of the 19th century mass migration to Australia and New Zealand of almost three-quarters of a million individuals was achieved by subsidy. The share subsidised was even greater during the transition decades between 1832 and 1851 when three-quarters of the immigrants to NSW and South Australia were assisted, but a little lower for Victoria. For the assisted migrants, subsidies were essential not only for the steerage cost, but also

...money was needed to get to the port of embarkation and to the ultimate destination after arrival in Australia; money was required for clothes for the journey...and [there was] the loss of earnings in transit.[5]

Australia was simply an impossible destination for the unassisted poor. Even though the cheapest fare had fallen dramatically from £30 to £18 in the eight years up to 1836, £18 in 1836 still amounted to about 60 percent of the male farm labourer’s annual earnings in England and was well beyond his means. If that worker wanted to leave England, the options were to take the cheaper route to North America (one sixth the cost of the fare to Australia), successfully apply for a government subsidy for the Australian move, or stay. The problem would have been greater for Irish male labourers since their wages were half their English counterpart and the Irish were about half of the assisted Australian immigrants in 1839-1851.[6]

[2] ‘Young’ was a very elastic term when applied to single females.