In the past two weeks I have had direct experience of Accident & Emergency…not personally but a member of the family has had a serious bout of pneumonia though she’s now on the mend.  Did the four hour target for getting her on to a ward matter?  Well no.  She needed to be treated in Accident & Emergency before being moved after about five hours to ICU and then to the Coronary Care Unit. The doctors and nurses were brilliant and got her through the initial crisis.  So why is there, in fact is there, a crisis in A & E?

The problem with targets is that that when they are not met, it is seen as a failure with all the concomitant political flak.  The reality is that when there is increased demand for A & E services, it is almost inevitable that targets will not be met.  The NHS is an organisation that is extensively managed but A & E ultimately cannot be managed…it is a service that reacts to immediate demands.  You also have the day-to-day work that hospitals do…appointments, doing operations, providing support etc.….that are planned.  So you have two elements in many hospitals—the ‘normal’ planned operation of the hospital caring for people and A & E where planning is based on ‘predicted’ demand and predictions are always tentative.  Take an emergency patient who needs to be admitted but the only way this can be achieved is that another non-emergency patient is told ‘your operation has been postponed’ or ‘we need your bed, we’re sending you home’.  It’s a matter of priorities…the emergency patient may died if not admitted but the patient whose operation is postponed may be living with some non-life threatening pain. 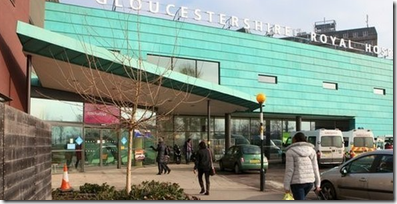 Does this mean that we need to expand A & E services?  Well we could but whether this would be a good use of constrained resources is questionable.  It isn’t a case of there being insufficient A & E services, it’s the reasons why people use them today.  Until relatively recently, A & E was the last recourse for people…it was an emergency option often accessed through calling 999.  That is no longer the case.  Today people who, in the past, would have gone to their GP turn up at A & E because they can’t get an immediate doctor’s appointment.  Many A & E departments deal with this by having a minor injuries section dealing with triage leaving emergency staff to deal with real emergencies.  The problem is that we no longer have a 24/7 GP service…yes I know we have an emergency call out system operating outside GP working hours but how effective this is in practice is open to question.

A further and an increasingly important issue is the aging population.  With people living longer because of improvements in medical technology, it is inevitable that the number of older people going to A & E is going to increase.  I was recently in a respiratory unit of 24 beds in which 17 of the patients were over 65 of whom half had been there for over a week.  Care in the community does not provide a solution for these patients…they are seriously ill and need to be in hospital.  This does, however, put pressure on the limited resources hospitals have and puts pressure on A & E, the route most of these patients took to get into hospital in the first place.

So have we, what many of today’s newspapers call ‘a meltdown’ in A & E?  If the four hour target is taken as the criterion for measuring this, probably yes.  But then that target is an aspiration, not a true reflection of the realities in A & E.  Our obsession—or should I say politicians’ obsession with targets—gets in the way of the superb work done in A & E across the country in often difficult circumstances.  We don’t plan to be an emergency patient but if we are what concerns us is the expertise of those treating us, not whether they hit a spurious target.

You're right - these targets are being used as political footballs with Labour criticising the NHS in England then the Tories batting back about the NHS in Wales. We're in for months of this and, really, I think it all depends on personal experience. You can hear all the 'facts' about targets but you vote with your experience and, of course, who you perceive to be to blame for all that.

Labour's idea of a 'summit' to sort it all out made me roll my eyes. Politicians need to stop talking and either do something about the bed-blocking problems you noted or accept that they 'can't' do anything. Throwing money at the problem won't help right now, I don't think.