The emergence of ‘respectability’ as the defining characteristic of acceptable forms of behaviour was a major feature of the changed attitudes to traditional forms of social behaviour. This can be seen in the cases of cruelty to animals, temperance and the growing problem of drug addiction. These three examples of changing attitudes to popular culture illustrate the importance of pressure, either voluntary or through legislation, to control and modify aspects of people’s lives. To those, from all sections of society, who argued for change the issue was one of improving the quality of economic and social life, enhancing respectable attitudes and removing potential tensions and disorder. To those affected, reform attacked what they maintained was their traditional right to enjoy themselves and to escape -- if momentarily -- from their social conditions.

The staging of contests between animals was still one of the most common and popular forms of recreation in England in the early nineteenth century. [1] Cock fighting was the normal feature at fairs and race meetings involving the mingling of all social groups, though only men, and accompanied by heavy betting and often local and regional rivalries. [2] Hunting and hawking were widespread. Small children were notorious for amusing themselves in torturing living creatures but they were merely reflecting the standards of the adult world. This was largely what Keith Thomas calls ‘the cruelty of indifference’ as animals were outside the terms of their moral reference. [3] 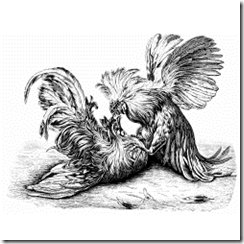 During the eighteenth century the feelings of animals became a matter of very great concern and led to agitation in the early nineteenth century culminating in the formation in 1824 of the Society (later Royal Society) for the Prevention of Cruelty to Animals and the passage of legislation against cruelty to horses and cattle in 1822, to dogs in 1839 and 1854 and against animal baiting and cock-fighting in 1835 and 1849. There are various reasons why this changed occurred. There had long been a tradition that unnecessary cruelty to animals was wrong not because of any moral concern with animals but because of its brutalising effects on human character. [4] It did not go unnoticed that the poisoner William Palmer hanged in 1856 had conducted cruel experiments on animals as a boy.

In the early-nineteenth century there was a move away from this point of view towards one that regarded cruelty to animals as morally wrong whether it had human consequences or not. At a less philosophical level animal sports were associated with noise, gambling and disorder. Hunting proved to be a more difficult issue and there is something in the contemporary argument that in the long war against blood sports it was the most plebeian activities that were criminalised and those sports with gentry and upper-class support that survived.

[1] Ritvo, H., The Animal Estate: the English and other creatures in the Victorian Age, (Penguin), 1990, and Harrison, B., ‘Animals and the State in Nineteenth Century England’, English Historical Review, Vol. 88 (1973), pp. 786-820, reprinted in his Peaceable Kingdoms:  Stability and Change in Modern Britain, (Oxford University Press), 1982, on cruelty to animals.