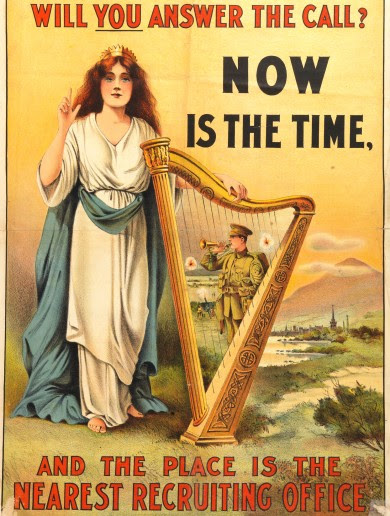 This was, for instance, evident in increased levels drinking by women described in contemporary newspapers. Concerns about women drinking was not a new problem: ‘If a woman is out drinking all day long, the home is neglected’.[1] The problem appears, at least as far as the authorities were concerned, to have been exacerbated by the war. Although women probably accounted for between 25 and 30 per cent of all pub patrons in before 1914, most came from the working-classes. During the war, novel drinking habits began to emerge with an unprecedented increase in the number of upper working- and middle-class women who patronised pubs. The Aberdeen Journal reported: ‘Having more money in their hands than usual, there were only too many ready to help them to spend it in the wrong way.’ [2] In November, Carnarvon magistrates restricted the hours during which women could purchase alcohol.[3] The following year, Theophilus Simpson, a member of the county magistrates, expressed his shock in the Manchester Evening News at counting:

…26 women enter a licensed house in ten minutes, with 16 coming out who he had not seen enter…Some people said women have a right to spend their money as they liked; they might as well say that they had a right to sell themselves if they like.[4]

In 1916, the Liverpool Echo reported a debate of the Bootle Licensing Magistrates during which Captain Oversby said: ‘In the opinion of the committee, the great increase in the number of women visiting public-houses during the past year has demanded drastic treatment.’ A number of different measures were discussed to stop women visiting the public houses, including a refurbishment of all public houses: ‘All licensed houses to be provided with clear plate-glass windows; partitions, snugs and other obstacles likely to facilitate secret drinking, be done away.’ a member of the Flintshire Police Committee described women as ‘The Thirsty Sex’ two months before the war ended. [5] The scale of the problem, even if it applied to only a ‘small minority of the soldiers’ wives’, and its impact was made clear in a report produced by the Dundee Society for the Prevention of Cruelty to Children in 1918: the number of women drinking in 1915 was reported to be 275 and 175 soldiers’ wives or 55 per cent; in 1916, the respective numbers were 260 and 172 or 66 per cent; and in 1917 263 and 189 or 71 per cent.

In many cases the Service allowance to soldiers’ wives was larger than the ordinary labouring man’s wide was accustomed to receive from her husband…the result [of drinking] was neglect of the children, and abandonment of parental responsibility, and not infrequently unfaithfulness to the husband at the front. [6]

In the early-twentieth century beer, wine and spirits were relatively cheap and consumed in large quantities.[7] In the outbreak of war, drink was one of the main political issues in Britain was and convictions for drunken behaviour regularly exceeded 200,000 per year.[8] Drinking places provided a focus for the community.[9] By 1830 a measure of social segregation had developed and by 1860 no respectable urban Englishman entered an ordinary public house.[10] Private, as opposed to public, drinking was becoming the mark of respectability. Drinking was also a predominantly male preserve and on paydays pubs were often besieged by wives anxious to get money to feed and clothe their children before it was drunk away.

Job opportunities in alcohol: A women brewer securing the lid of a barrel of beer

Growing control over licensed premises predated the war at least in part motivated by concerns about women drinking with calls for the government to take action to keep women out of bars, for publicans to stop serving them, and even for changes to the design of pubs, to discourage female drinkers.[11] The 1908 Licensing Bill, with the enthusiastic support of Lloyd George a long-time supporter of the temperance movement, sought to limit the number of licensed premises in each local authority area and one of its provisions included the banning of women from working behind the bar. Unlike the suffrage movement that called a truce for the duration of the war, temperance reformers saw it as a call to arms and there were immediate calls from some for the introduction of total prohibition. It was believed that military efficiency would be enhanced by abstinence. Many prominent public figure including King George V, Lloyd George and Lord Kitchener endorsed wartime pledge to abstain from alcohol for the duration of the war as a means through which the whole population, should they take the pledge, could contribute to the war effort. British teetotalism, therefore, was seen as a crucial weapon to be deployed against beer-drinking Germany. [12]

It was not uncommon for pubs to open between 5.00 am and midnight. At the end of August, the Intoxicating Liquor (Temporary Restriction) Act gave licensing authorities the power to curtail drinking hours. The legislation allowed pubs to be open for a maximum of six hours per day with a compulsory afternoon break but it was never applied universally. Rising concern about drink impeding the war effort prompted the government to commence a new policy of regulating selective areas through the Liquor Traffic Central Control Board (CCB). Created in May 1915, the CCB addressed insobriety with radical ideas that transformed virtually every aspect of drinking--from hours, liquor strengths and increasing alcohol taxes to retailing and social customs, for instance banning the buying of rounds (the ‘No Treating Order’) in 1915. Shorter, broken licensing hours ranked as one of the key changes.[13] Arrests for drunkenness, already down one-quarter in 1915, decreased another two-thirds over the next two years. Still weaker beer at comparably higher prices in 1918 cut drunkenness by almost a further two-fifths. When the war ended, arrests were less than one-fifth the level of 1914.[14] Between 1914 and 1916, although alcohol consumption had decreased by 17 per cent, actual expenditure had increased by 24 per cent but largely down to higher taxation.

The CCB protected women from discriminatory policies that some authorities had introduced in 1914 to banish women from licensed premises after 6 or 7pm. This appealed to a government that dreaded the revival of the pre-war violent strife with the women’s suffrage movement especially after the NUWSS reacted with outrage to at an attempt by the Chief Commissioner of Police in London to bar women from buying alcohol before 11.30 am. Concerns about female insobriety took second place to threats to public harmony. Despite the alarm expressed by local newspapers, there appears to have been a waning of the stigma attached to women drinking in public. Their large numbers, coupled with far fewer men drinkers and more women running pubs for husbands away at war, also helped to make the pub more respectable. This did not prevent affronted local magistrates seeking to divest women of newly-attained drinking rights, a process that accelerated in the final years of the war, as part of a strategy to restore pre-war gender segregation.

Hostility against women drinkers reflected a north-south divide. It was strongest in ports and industrial areas of northern England, regions most committed to preserving existing drinking habits. This was less the case in southern England where respectable women had traditionally found less opposition to drinking in pubs. The issue, like that of ‘Khaki fever’, was one of female independence—one social, the other sexual—and both threatened patriarchal authority. Drinking alcohol in pubs defied established norms and women were regarded as flagrantly challenging the gender status quo. Female drinkers, whether respectable or not, were seen—much as those campaigning for women’s suffrage before the war—as feckless, disorderly and unpatriotic and, consequently, not only unfit to use licensed premises but also unfit to have the vote.

[8] Nottingham Guardian, 2 May 1914. ‘The Flying Inn’, Nottingham Evening Post, 21 May 1914, p. 4, suggested that a ‘general diminution of drunkenness reported throughout the country…’

Posted by Richard Brown at 20:19 No comments:

What is a historian?

I’m not sure whether it’s envy or snobbery or simply a desire to maintain their historical hegemony that leads ‘academic’ historians to lay waste to the work produced by ‘popular’ historians.  Sir Max Hastings appears to have borne the brunt of this in recent months with the publication of his highly readable and eminently successful—in terms of books sold—history of the outbreak of the First World War.  Yet it has been dismissed as ‘broad-brushed and judgemental’ in a review in the Times Literary Supplement and of failing to take account of the research that has, in the last half century, deepened our perceptions of the war.  Christopher Clark, author of Sleepwalkers published two years ago, went further saying that Hastings ‘is not a historian.  He is a man who writes about the past.’  In an excellent review in The Spectator on ‘First World War, the battle of the historians’, Simon Heffer examines the ways in which historians have written about the war have changed and why.  When discussing popular history he writes:
‘In taking our history more seriously, and demanding from historians evidence that prevents the presentation of fact from being recast as simple assertion, we have moved on from the Arthur Bryant school that still sets the model for populist history.’
While there is much about Bryant that I find distasteful—his pro-appeasement views and admiration for Nazi Germany in the 1930s highlighted by Andrew Roberts in his Eminent Churchillians who described him as ‘ a supreme toady, fraudulent scholar and humbug’—and the overtly patriotic stance of his writings, I was perhaps fortunate to have been brought up reading his King Charles the Second, first published in 1931 and his three-volume biography of Samuel Pepys, perhaps his best works, rather than his somewhat vacuous general histories.  J. H. Plumb was equally critical of Bryant arguing that his failure to achieve professional recognition was his lack of intellect.  Although professionals historians were frequently negative about his best-sellers, Bryant's histories were explicitly praised by prime ministers Baldwin, Chamberlain, Churchill, Attlee, Macmillan, Wilson, who awarded him a knighthood and made him a Companion of Honour in the 1960s, and Callaghan and Thatcher.  Despite this he was remarkably successful selling over two million copies of his forty plus books, many of which are still in print, and he was a columnist for the Illustrated London News for almost half a century.  But was he a historian and what does that actually mean?
Although being a historian has become more sophisticated, its primary characteristics have not really changed since Herodotus and Thucydides—it is a recounting by the historian of what happened in the past grounded in contemporary sources and  it should be communicated to an audience orally or in writing.  More problematic is the view that historians produce a ‘true account’ of the past.  In reality, this is never possible and interpretation is a third characteristic of being a historian—of course, there are ‘good’ and ‘bad’ interpretations, a case not of whether you agree with a particular historian’s views or not but of the degree to which those views are based on a close analysis of the available sources.  While assertion and polemic have long been a feature of historical writing—historians from Bede to Macaulay have all been guilty of it—but that does not necessarily make them ‘bad’ historians.  Their literary populism is the key to their success and explains why we still read Bede and Macaulay and don’t read other historians.
Posted by Richard Brown at 11:20 1 comment: