Why was Catholic Emancipation such a contentious issue?

The Catholic question was left unresolved by Union and until 1823 the issue stagnated. There were two main reasons why the campaign for Catholic Emancipation before the formation of the Catholic Association by Daniel O’Connell in 1823-1824 made little headway. The leaders of the campaign were very cautious. The British Catholic upper-class supported a compromise bill giving Catholics Emancipation but allowing the British government the right to veto appointments to the Roman Catholic Church in the United Kingdom. Daniel O’Connell denounced this approach.[1] By the early 1820s the Catholic cause in Ireland was divided and bankrupt. In addition, Parliament would decide Catholic Emancipation in London. Between 1815 and 1827 the Catholic question was a major problem for Lord Liverpool’s government. The electorate voted overwhelmingly against Emancipation in the General Elections of 1818, 1820 and especially 1826. The Cabinet was divided on the issue.[2] Between 1815 and 1822, an open agreement existed that Emancipation would not be raised as a matter of government business but that when it was raised independently ministers could vote as their consciences dictated. Emancipation Bills passed the Commons in 1821, 1822 and 1825 but were all rejected in the Lords. The 1825 Bill precipitated a major political crisis for Liverpool with ‘Protestant’ Peel and then ‘Catholic’ Canning threatening resignation. Canning argued that the government could no longer remain neutral on the issue. His ‘Catholic’ colleagues persuaded him otherwise and the ‘agreeing to disagree’ formula was re-established. 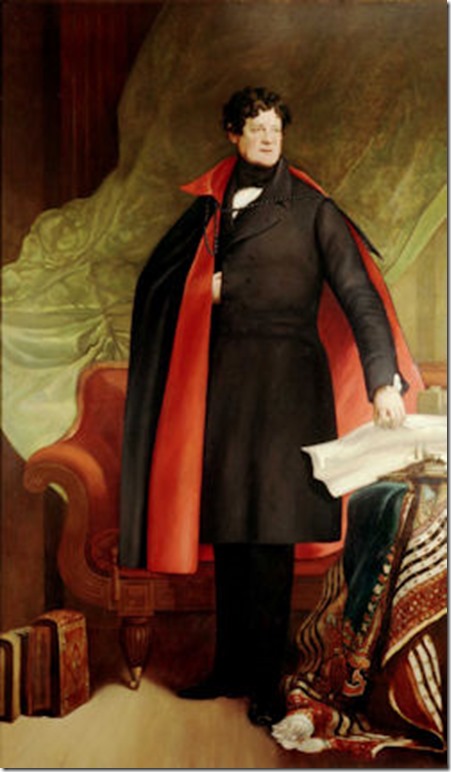 O’Connell and The Catholic Association.

O’Connell recognised that even with a majority in favour of Emancipation, with or without the veto in the Commons, the House of Lords and the king could obstruct change. The result was the formation of the Catholic Association in the spring of 1823. Its main aim was Emancipation. O’Connell, however, took a broader view of the Catholic problem and included electoral reform, reform of the Church of Ireland and tenants’ right. This allowed him to advance the interests of the whole Catholic community. It was the introduction of the ‘Catholic Rent’ of one penny a month for supporters that proved crucial. Some £20,000 was raised in the first nine months of collection in 1824-1825 and a further £35,000 was collected between 1826 and 1829. It enabled the Catholic Association to become a truly national organisation run from Dublin with support across the Catholic community. O’Connell realised that making the Irish Catholic Church an integral part of the movement was essential. Parish priests were made members of the Association. They could mobilise the mass of the Catholic population, something the Establishment viewed with some alarm. The great open-air meetings often addressed by O’Connell played a central part in the work of the Catholic Association. This allowed him to demand justice for Ireland but also let him to make veiled threats to the British government. Mass support could lead to mass disobedience, the possibility of violence and growing demands for separation from Britain.

Growing support for the Association across Ireland allowed O’Connell to intervene in the Irish elections in 1826. He called on voters in certain areas to support only pro-Emancipation candidates. The votes of tenants had been taken for granted by their landlords but in many places, Catholics voted for candidates fav­oured by local Catholic agitators. Four pro-Emancipation candidates were returned. It was clear that the backing of the Association enabled Catholic voters to defy their landlords with relative immunity.

The support for Emancipation demonstrated in Ireland was not evident on the mainland. The 1826 General Election showed the depth of anti-Catholic senti­ment among the British electorate, attitudes not helped by the steady influx of Irish immigrants after 1800 and especially after the 1821 famine. Irish Catholics concentrated in London and other cities, were seen as a political threat and, for much of the nineteenth century, government was haunted by the spectre of union between Irish nationalism and radical agitation. After Lord Liverpool’s resignation in early 1827, tensions over Emancipation could no longer be contained. Peel and Wellington opposed Emancipation on principle while Canning was more pragmatic recognising that Emancipation would strengthen the Union and allow the government to deal with Ireland’s economic problems. Peel and Wellington refused to serve in either Canning’s or Goderich’s administration. Wellington himself became Prime Minister in January 1828 with Peel as his Home Secretary. Canning’s former supporters soon resigned from the new government. The Tory party was in turmoil. 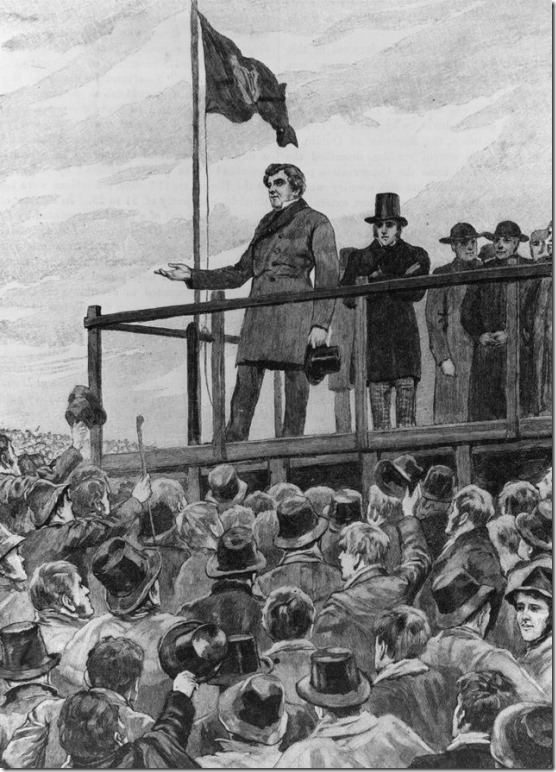 In early 1828, Parliament repealed the Test and Corporation Acts. This ended all legal restrictions on the civil rights of Dissenters and made it extremely difficult for Wellington and Peel to ignore Catholic Emancipation. Resistance to Catholic Emancipation inside Westminster had been crumbling since 1812. In 1813, a motion had passed the Commons only to fail by one vote in the Lords. In 1823 Nugent’s Bill, supported by Peel, passed by 59 votes only to be wrecked in the Lords and in May 1828 there was a majority of six for Emancipation in the Commons. It is, however, ironic that it was finally carried by perhaps the most ‘Protestant’ Commons elected since 1800.

Wellington and Peel were now faced by two contradictory pressures. O’Connell’s victory brought the prospect of civil war in Ireland closer. Yet, English public opinion was overwhelmingly opposed to further concessions. In the event, County Clare was a fortunate accident.[3] It allowed Wellington and Peel to introduce Emancipation to prevent widespread disturbances in Ireland. This led to a widespread petitioning cam­paign and by March 1829, when the first reading of the bill took place, there had been 957 petitions in opposition compared to 357, mostly from Ireland, in favour. Emancipation was easily achieved despite opposition in the Commons (142 Tory MPs voted against) and the campaign led by Winchelsea and Eldon in the Lords. The cost for Wellington and Peel was high. Both were criticised as betrayers of the ancient constitution and Church. Peel felt obliged to offer himself for re-election at Oxford University and was defeated. Wellington fought a duel with the Ultra Lord Winchelsea. More important was the legacy of bitterness within the Tory party. A group of Ultra-Tories announced their conversion to parliamentary reform as the only way of defending what was left of the existing constitution.

The Roman Catholic Emancipation Act 1829 gave full civil and political rights to Roman Catholics. They could now become MPs and occupy public offices with a few minor exceptions such as the office of Lord Chancellor. O’Connell believed that Catholic advancement in politics, government service and the professions would eventually lead to the end of Protestant dominance. There was, however, a change in voting qualification that was raised from a forty-shilling freeholder to a ten-pound householder. This cut the Irish electorate to a sixth of its former size. Despite this, Emancipation was seen as a victory for Catholicism and this further increased sectarian tension.

[1] Daniel O’Connell (1775-1847) came from the Irish Catholic gentry, his father was a small landowner and shopkeeper. Educated in France, he studied law at Lincoln’s Inn in London between 1794 and 1796 qualifying as a barrister at the Irish Bar in 1798. He was involved in drafting the 1805 Petition and was increasingly involved in the Emancipation debate. In 1823, he established the Catholic Association. He was known as ‘The Liberator’ because of his success in getting Emancipation. He was much less successful in his campaign for Repeal of the Act of Union in the 1840s

[2] In broad terms ‘Protestants’ like Peel and Wellington did not agree with Catholic Emancipation on principle. ‘Catholics’ like Canning took a more pragmatic view arguing that Emancipation was necessary for the stability of Ireland.

[3] The County Clare election in July 1828, caused by the promotion of Vesey Fitzgerald to the Board of Trade, brought the issue to a head. O’Connell decided to stand against Fitzgerald. This placed the government in an awkward position. Fitzgerald was a popular landlord and a supporter of Emancipation. If O’Connell won, as a Roman Catholic he could not take his seat in the House of Commons. However, the government would run of risk of widespread disorder in Ireland with the inevitable prospect of further Catholic election candidates in the future. With the support of the Catholic Association and the local priests, O’Connell won easily beating Fitzgerald by 2,057 to 982 votes.

Posted by Richard Brown at 12:40 No comments: