Although we’ve become somewhat jaded in our attitude to political polls, there was little surprise in JC’s victory over Owen Smith yesterday. He slightly increased his majority from 59 per cent last year to 61.8 this largely because he polled 85 per cent of the post 2015 members while Smith had a majority of those who were members before the 2015 elections.  The problem is that the election solved little…JC’s supporters think that he can walk on water and presumably feed the Liverpool conference with loaves and fishes while the ‘moderates’, the term now sneeringly applied to those MPs and presumably party members who do not subscribe to the Corbyn mantra and who are now faced with the choice of continuing to fight against the Corbyn surge and almost inevitably face deselection, join the crusade, faded into the woodwork and hope not to be noticed or leave the Party.  The scale of the challenge facing the Party was well illustrated in a survey published in the Independent on Friday of attitudes of working-class voters. 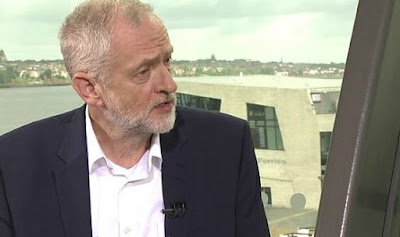 Almost half of unskilled and manual workers believed JC to be ‘out of touch’ and an ‘election loser’.  More than a third thought he was ‘incompetent’ and ‘naive’ with middle-class voters holding slightly more positive views of the Labour leader. The survey also showed that those planning to support him in the future were completely detached from working-class voters and those who voted Labour in the 2015 Election. The polling suggests JC has a huge amount of work to do in convincing voters who once automatically voted Labour that he is the man for them.  Most worrying is the evidence that only 22 per cent of working-class people thought he was ‘in touch with the voters’ while 42 per cent thought him ‘out of touch’ and 36 per cent did not know.  This result is paralleled by responses to his competence: 26 per cent competent, 36 per cent incompetent and 36 per cent did not know.  Across the responses, unsurprisingly, those who support JC had a far more positive view of his capabilities with 65 per cent seeing him as competent, 49 per cent see him as ‘insightful’ with 26 per cent as ‘naive’ and 51 per cent as the ‘best choice for leader’ and 29 per cent ‘not the best choice’--which raises important questions about why people who thought him incompetent, naive and not the best leader were still prepared to support him.

The problem for the moderates in the Party is that if they dare to criticise JC in any way, then the opprobrium of Momentum and the different sects that now form the radical Left descends from a great height using social media…you’re out of touch with his huge mandate, you’re a closet Tory or even worse a Blairite, you’re being taken in by the anti-Jeremy media rhetoric.  All of this may well be true but, and here is the critical question, in the decades that Jeremy has been a Member of Parliament—and by all accounts he has been an excellent constituency member--what has he actually done that has had any impact on national politics?  In fact, is there any evidence that he has ever had an original radical thought…everything he says appears to have been said before (and often better) by others.  His over-weaning characteristic appears to be ‘anti’ as illustrated by his response to the question ‘what’s your favourite biscuit?’…instead of just saying shortbread he prefaced it with being anti-sugar…yes I know we all should be…but why lay yourself open to ridicule.  You may well say…yes but he’s been consistent in his opinions…well why?  I’m not sure I know anyone whose view of the world and the issues that face us have not radically altered in the last thirty years.
Posted by Richard Brown at 18:18 No comments:

Women on the goldfields