Fish out of water!

If I refuse to give you what you want, am I making my position clear or am I bullying you?  This is not a simple question to answer as it depends largely on the tone of my response.  Making my position clear and explaining why I hold to that decision may seem a highly reasonable response on my part.  I’m not simply saying no, I’m giving you reasons why I said no.  But is this bullying?  Here the critical issue is one of power and control.  If I have the power and you don’t then I can enforce my decision whether you like it or not…now that could be construed as bullying.  I raise this question largely because the debate between England and Scotland now appears to have degenerated into English politicians saying things that are unpalatable to the ‘Yes campaign’ and Scottish nationalists saying that this is bullying.  Now that might by good PR for the ‘Yes campaign’…nobody likes a bully…but it fails to address what are fundamental issues for the potential future of an independent Scotland that the nationalists.

Therein lies the problem with the referendum.  Many of the critical questions on, for instance, economy, membership of the EU and so on, will perhaps inevitably not  be answered until after the referendum takes place.  Take the question of whether Scotland and England would enter into a currency union based on the pound.  For Mr Salmond this appears to be taken as read, a logical solution to Scotland’s future currency. But when George Osborne and his officials made it clear that this is a non-starter, this was yet another example of England bullying Scotland and anyway once independence is agreed the separation negotiations will resolve the issue in favour of currency union anyway.  For Mr Salmon, there is no Plan B in the lengthy and, in places, speculative and nebulous Scottish White Paper.  He simply asserts that Scotland keeping the pound will be beneficial for both countries. 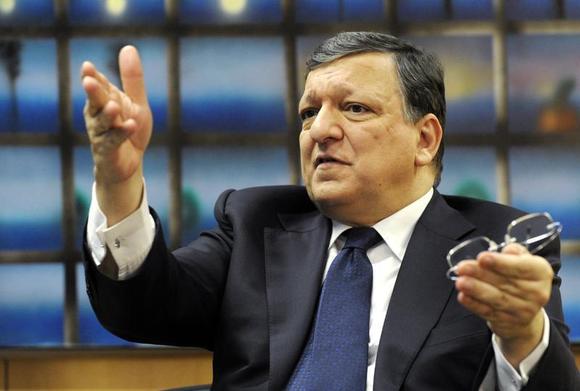 Now let’s admit that he might be right on this issue—doubtful given the uncharacteristic unanimity among the three major Westminster parties—but the issue of continued membership of the EU appears, if Mr Barroso’s statement that this would be ‘extremely difficult’, to be close to impossible.  It would require agreement of all 27 members and we all know that Spain is highly wary of the impact of a vote for Scottish independence on the separatist campaign in Catalonia. Barroso has previously said that any newly independent state would have to re-apply to join the EU.  His comments are at odds with Scotland's blueprint for independence, published last year, which says that it hoped to agree a ‘smooth transition’ to membership of the EU as an independent state.   The Scottish government paper said they believed transition could be agreed without interrupting its EU membership in time for a potential independence declaration in March 2016.  It is now clear that this is no longer the case.  For the leader of the campaign to keep Scotland in the UK, former British Chancellor Alistair Darling, the independence campaign was beginning to unravel: ‘Alex Salmond is a man without a plan on currency and Europe. The wheels are falling off the independence wagon.’   This may be premature and the current polling figures of 29 per cent in favour of independence, 40 per cent opposed and 29 per cent undecided means that the race for independence is still wide open.