The cautious approach to reform sought to define the powers of the governor and establish the principle of separation of powers in which the authority of the governor was constrained by the supervisory authority of the courts. Australian reformers drew on the history and traditions of the British constitution in their demands for a free press, trial by jury and taxation by representation. The passage of the Australian Court Act in 1828 made the NSW Supreme Court independent of the executive. It was not that governors such as Ralph Darling and Richard Bourke were opposed to notions of the free-born Englishmen, the issue was when the Australia colonies would be ready to assume greater responsibility for their own affairs in the form of further representative institutions and how governors responded to demands for those institutions. 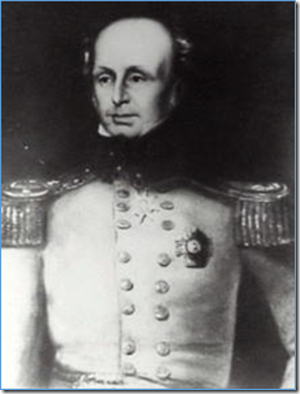 The appointments of Richard Bourke as Governor of NSW in 1831 and Sir John Franklin as Governor of VDL in 1837 indicated that reform in Britain would be extended to the colonies. This was especially evident in the position of the jury system seen by Enlightenment thinkers as sanctioned not only by tradition but as an inalienable right of Englishmen. [1] Edward Hall, editor of the reformist Monitor wrote in The rights of juries that:

...self-defence and love of power, induce governments, even the best of them, to take little pleasure in enlightening the people, because such enlightenment make the people prying and impertinent, that is to say, freedom-loving people. [2]

The introduction of criminal and civil jury trials occurred gradually and faced stubborn resistance from the British Government. The campaign for trial by jury was taken up by free settlers as early as 1791 and by several governors including Hunter, King, Bligh and Macquarie.

John Thomas Bigge, who conducted a Royal Commission of Inquiry into Macquarie’s administration, did not support the efforts of the emancipists to establish a right to jury trial. [3] He gave three main reasons for rejecting the jury system: first, tensions between the free and freed settlers meant the system would not operate impartially; secondly, there were insufficient numbers of competent jurors to implement the system; and, lastly, serving on the jury would greatly inconvenience people. Nevertheless, juries were soon allowed with the 1823 Act providing for a judge and jury of seven commissioned officers, nominated by the Governor to try criminal issues before the Supreme Court. In civil cases, provision was made for a tribunal system where a judge and two assessors, who were magistrates nominated by the Governor, would determine the case. Where property valued at £500 or more was involved and both parties agreed to trial by jury, a jury trial could occur. The 1829 Act permitted the Supreme Court to order trial by jury in civil cases if either side requested it, but it was rarely used and most trials continued to be heard by judges sitting with assessors. The 1830s saw further reforms. In 1832 the NSW Legislative Council, with much prompting from Governor Bourke, passed an Act stating that trials of all civil matters were to be heard before a civil jury of twelve. Significantly, the Act also allowed limited use of trial by jury for criminal cases. In 1839, military trials were finally abolished followed by the use of military juries in 1840 and trial by assessors in 1844. The assessors were replaced by a jury of four in civil cases although the parties had the option of seeking a jury of twelve. These developments became permanent features of the administration of justice in NSW in 1847 and the campaign for full jury trial had finally succeeded.

In NSW the judges were necessarily drawn from England during this period. Although, those men varied in their political and social philosophies and their attitudes towards colonial conditions, it was possible and perhaps inevitable that some would see the value of independence and detachment in the judicial role, especially after 1820 when there was a conscious attempt to introduce more clearly the substance and values of English law to the colony. With responsible government constitutional argument and the protection of rights shifted more clearly into the legislative sphere in Australia as it had in Canada. Consequently, the rule of law became more clearly a court-based and legal doctrine, despite the idiosyncratic attempts of Justice Boothby in South Australia to give the judges primacy over colonial legislation.[4] However, it may well be that disputes between upper and lower houses within several Australian colonies that periodically produced legislative stalemate helped preserve a more clearly political role for the courts in Australia than was true in Canada at the same time.[5]