New urban developments in the nineteenth century were, in part, the result of expansive capitalism. It is natural that they should excite polemicists. Did they favour some social groups more than others? This needs to be considered against the background of the new urban growths of the late Victorian period: the resort and pleasure towns, the suburban and satellite towns and planned communities of both businessmen and utopians.

John Glover-Kinde issued the song I do like to be beside the seaside in 1909. The most copied artist of mid-nineteenth century England was W.R. Frith whose most popular painting was Ramsgate Sands or Life at the Seaside painted in 1853-1854. 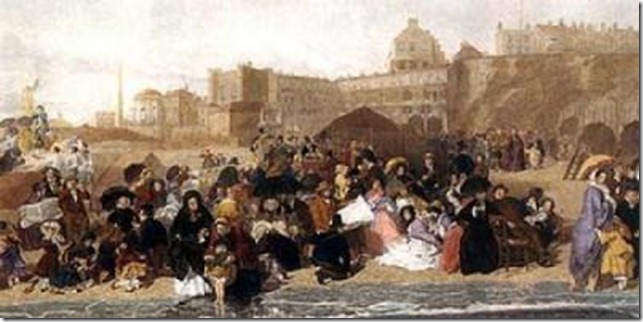 By 1911, 55% of English people were visiting the seaside on day excursions and 20% were talking holidays requiring accommodation. The holiday industry involved about 1.25% of the occupied population and 1.5% of consumer expenditure. No previous society gave so many people the chance for a holiday beside the sea.[1]

Seaside resorts were not places of production but of conspicuous expenditure where people wasted time and money: many contemporaries regarded them as parasites. Transport permitted the expansion of coastal resorts and presented each with a problem of how to define and preserve its character. The Kent resorts of Broadstairs, Ramsgate and Margate were popular before the railways arrived owing to cheap fares on the hoys and, after 1815, the Thames steam-packets.[2] Steamboat services had an impact in other areas. From Liverpool after the Napoleonic wars, boats went along the Lancashire, Cheshire and North Wales coastline as well as to the Isle of Man.[3] There were comparable stirrings in the Bristol Channel. Some resorts owed their early expansion to Court connections. George III visited Weymouth in 1784, then almost every August and September from 1789 to 1805.[4] Worthing and Southend were briefly favoured by royal princesses and Brighton undoubtedly owed its expansion to the patronage of the Prince Regent, later George IV.[5]

In the eighteenth century the seaside resort largely took second place to the spa and the appeal of the spas persisted into the nineteenth century.[6] The depression of the 1830s had taken its toll of their prosperity but railway links and individual initiative brought renewed spa development after 1840. In 1841, A.B. Granville identified seventy spas.[7] Tenbury Wells and Droitwich grew as offshoots of John Corbett’s salt-extracting business; Matlock and Buxton revived after the coming of the railway in 1863 and the support of the seventh Duke of Devonshire. There was also municipal investment: Bath Corporation made extensive renovations in the late 1880s and the expansion of Harrogate owed much to the vigorous corporation investment and rivalled some continental spas as an aristocratic and middle-class centre.[8] Spas also developed as locations for fashionable sport or as general tourist centres: Harrogate utilised its proximity to the Yorkshire Dales; Cheltenham promoted general tourism in the Cotswold; Leamington exploited Shakespeare country; Llandrindod Wells brought visitors to Wales.[9]

For recreation, the spas lagged in popularity behind the inland tourist centres and inland tourist centres ran second to seaside resorts. Between 1861 and 1871, the 48 places classified as seaside resorts had grown by 21.5%. Seaside towns were not the same. They catered for different classes of visitors and often combined holiday facilities with other pursuits, usually shipping and fishing. But tourism in some areas thrived and in others barely stirred. The railway reached Cornwall in 1859 but it remained comparatively unexploited until after 1914: it lost population in every decade from 1861 to 1901 and grew only 1.86% between 1901 and 1911. Only one resort in the south-west enticed visitors in any quantity. Torquay’s population quadrupled between 1841 and 1901.[10] It retained some port traffic and well as minor industry but its position as a social centre determined its expansion. Sir Lawrence Palk was active in the 1820s and 1830s in developing Torquay and the arrival of the railway in 1848 was greeted with a town holiday. It was promoted as an autumn and winter resort deliberately to offset the spasmodic conditions of the holiday trade. The late holiday season was largely a middle or upper-class prerogative and to attract this clientele resorts needed to offer both creature comforts and the right tone. New middle-class resorts, like Bournemouth and Eastbourne, were better able to lengthen their seasons, something working-class resorts like Southend[11] and Blackpool could not do. Exclusivity was encouraged. At Folkestone the resident Earls of Radnor were responsible for the new town that emerged on the cliffs to attract genteel society. At Skegness the prime mover was H.V. Tippet, agent of the Earl of Scarborough and Fleetwood commemorated its developer by name.[12] 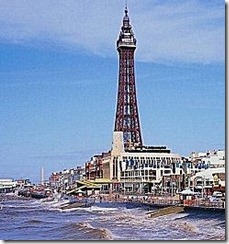 The history of pleasure resorts is more complicated than that of the middle-class resorts. The outstanding new resort was Blackpool made by the customs of the textile trades: many northern textile towns had their ‘wakes’ (or holiday weeks) when factories closed and the towns emptied for the seaside. [13] In some places the whole town took a rest, as in the July Glasgow Fair when excursion steamers on the Clyde and the railways to the Ayrshire coastal resorts were packed. The turning point was the late 1860s and 1870s. Bank Holidays (under an Act of 1871) gave working-class trippers time for holidays, though legislation to provide a week’s holiday with pay did not come until 1938.

Real wages increased in the 1870s and friendly societies and holiday clubs encouraged the habit of saving, so the prospects of textile workers spending time at the coast increased. The organisation of holidays, some with pay but most without, resulted in the development of block bookings and bargain rates. Blackpool did not discourage middle-class visitors and Lytham St Anne’s offered sanctuary for those affronted by Blackpool’s common side. Blackpool was established as a mecca for entertainment: there were winter gardens, pleasure pavilions, aquarium, music-halls, its three piers, ballrooms and theatres (Frank Matcham created the Grand Theatre in 1894) but its 500 foot imitation Eiffel Tower (1891-1894) was astonishing. Nowhere was everything gathered together, and in such proportions, as at Blackpool.

Blackpool gained a reputation as the premier, not just a plebeian, resort though Brighton vastly exceeded it in size. As an older community, Brighton contained deeper pockets of resistance to the new tourist trends. Blackpool had three times as many lodging-houses and the seaside landlady was very much a creation of Blackpool.[14] But Brighton had three times as many hotels. Brighton resisted the influx of revelling lowborn Londoners and certain residents and hoteliers lobbied the railway companies to limit the number of cheap return tickets to London. It was, however, investment in amenities that turned the plebeian tide or at least stemmed it. Two substantial piers were built in 1866 and 1896 but the principal investment was in baroque hotels in the late nineteenth century to seduce the rich and nouveaux riches from the French Riviera. Royal patronage was essential: first class ticket sales from London to Brighton doubled following the visit of Edward VII in 1909. 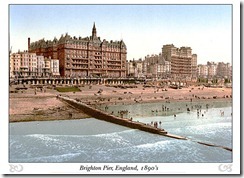 There was more to Brighton than grand hotels. In the 1870s, observers commented that both Brighton and Hastings were ‘marine suburbs of London’.[15] Several other resorts qualified as satellites or suburbs. Southport, twenty miles north of Liverpool, is a good example. Connected by rail in 1848, its population rose from 5,000 in 1851 to 48,000 in 1901. Southport had all the trappings of a middle-class holiday centre but it also represented Liverpool wealth by the sea. The second home phenomenon was evident at resorts both inland and coastal. Leeds and Bradford businessmen colonised Scarborough as well as Ilkley and Harrogate. Wealthy Lancashire businessmen settled in the Lake District as well as in Cheshire. This was part of the general movement, temporary and permanent, from big cities.

[12] Fletcher, Allan, ‘The role of landowners, entrepreneurs and railways in the urban development of the north Wales coast during the nineteenth century’, Welsh History Review, Vol. 16, (1993), pp. 514-541 provides a good case study.

[15] Smiles, Samuel, The life of George Stephenson and of his son Robert Stephenson: comprising also a history of the invention and introduction of the railway locomotive, (Harper), 1868, p. xviii.